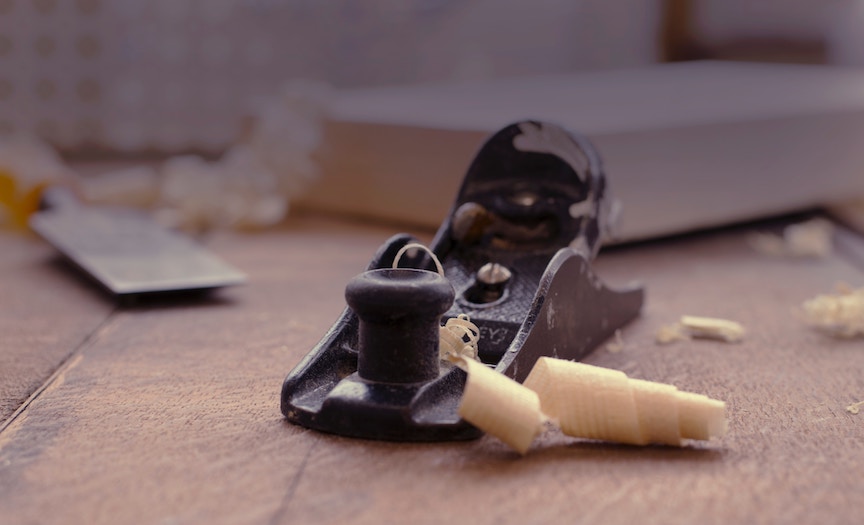 Sam Maloof one of the three most influential woodworkers of the last seventy years spent most of his life working in a now famous home and studio that he cobbled together over many years in a lemon grove an hour or two east of Los Angeles.

When you say Sam’s name, one piece of furniture immediately comes to mind, his iconic, and I do not use that word lightly, rocking chair. Its sumptuousness and beauty and comfort are known to everyone who either makes chairs and furniture, or  those who know and collect it. You will hear many a furniture maker, including me, speak of the difficulties of escaping that chair’s shadow. Designing a rocking chair can seem more like an attempt to make one that does not copy too slavishly Sam’s design. It is that good. In fact, I cannot think of a single piece of modern furniture that stands so alone on the mountain top.

The other wonderful legacy of Sam Maloof was his absolute warmth and availability. He had a huge smile, (to go with his cartoonishly large hands-check out this video of him working), and had a kind word for all. Except maybe James Krenov. I do not know if the two ever actually met, but some of Krenov’s words seemed to rankle him. Krenov famously said in his first book, A Cabinetmaker’s Notebook, “ I take a piece of fine wood and place it on my workbench, and just live with it for a while until it tells me what it wants to be”. Sam, who apparently had that anecdote repeated to him one too many times, finally muttered at one of his workshops in a stage whisper, “Yeah, well I tried that once , but the wood never talked , so I picked the damned thing up and started making a nice piece of furniture out of it.”

A final delightful note about Sam, he had this wonderful touch: whenever he wrote, he calligraphed. Even in many of the letters I received during our friendship and correspondence, his hand written letters were always a series of beautifully arching strokes. That was wonderful to me, as I am also a calligrapher, and often cite those hand drawn letter forms as direct inspirations for my design.