Home / Uncategorized / On the importance of sharpening 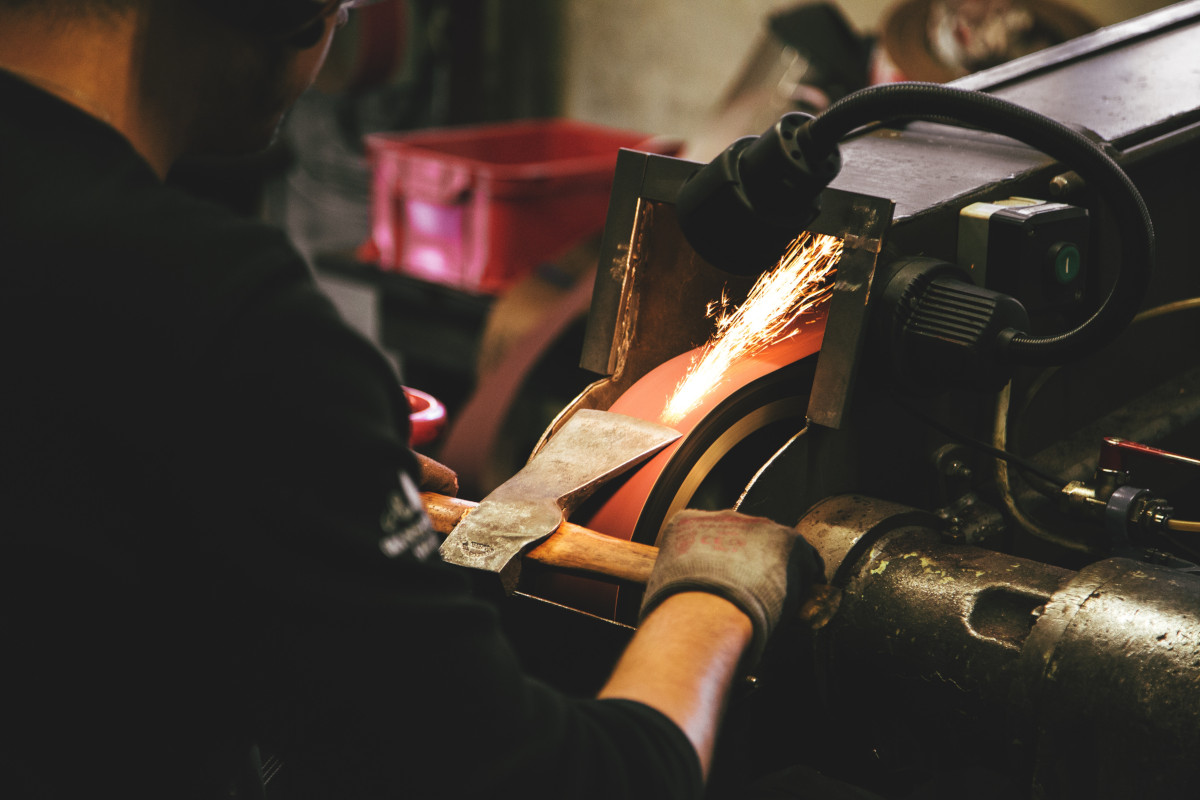 A very large percentage of the work in woodworking is cutting. Sawing is cutting. Boring is cutting. Planing, joining, chisel work, spokeshaving, using a file or a rasp, arouter, a biscuit joiner or a Domino, are all processes where wood is being cut by something harder than the wood is. And though you might think of it this way, even sanding (uggh), is cutting. You could say that being able to cut wood well is one of the most vital aspects of making things in wood.

And the most vital aspect of cutting is a sharp tool. I have never known a woodworker, (and I have known quite a few), who couldn’t sharpen well who was capable of producing much work of note. And, conversely, I have never known any who were very skilled at keeping razor sharp edges on their tools who were not also producing some magnificent pieces for the world.

It is interesting to note that different kinds of tools tend to be kept sharp in different ways. Sandpaper is not actually sharpened, but thrown away and replaced by newer sharper sheets. Machine knives such as are found in tools like jointers and planers, as well as router bits, are for the most part sent out to “sharp shops”, specially equipped with sophisticated machinery. The machinery they employ is generally out of the question for small and medium-sized shops. And these kinds of shops are not typically producing so much work that they require frequent sharpening.

Hand tools, though are an entirely different matter, and any woodworker who is good with a plane or a chisel, a spokeshave, or a scraper, has these cutting tools in their hands a large part of each workday, and they are in constant need of sharpening. Sending them out to a sharp shop would become a huge hassle, waste of time, and expense. Fine work requires very sharp tools by your side always. In addition, the space and especially cost requirements for sharpening hand tools is so much less an issue. Really, just a simple grinder for western tools, or flattening steel for Japanese tools, and a few stones for honing the final edge.

If I am in the thick of a project, it is not unusual for me to knock the irons out of a few planes and along with a few chisels, head over to my water stones. Some woodworkers never, literally, sharpen their tools. I wish I was more diligent about it. And then there’s my friend, Stephen, who on some jobs has re-sharpened his Japanese plane irons after a couple of strokes! His work? Sublime. I will write more about Stephen soon.